The Do’s and ‘Darwins’ of Social Media

The internet has fundamentally changed the way we communicate and social media platforms have exponentially accelerated the pace of those communications. Not only has this had a tremendous impact on an organization’s business strategy, but it has also influenced the role that an HR professional plays.
Back to Library 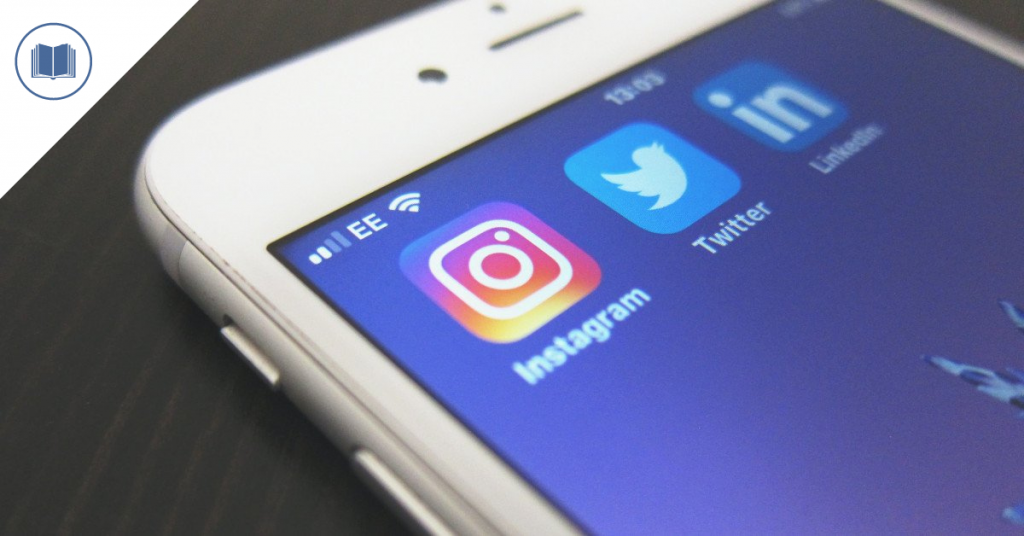 The internet has fundamentally changed the way we communicate and social media platforms have exponentially accelerated the pace of those communications. Not only has this had a tremendous impact on an organization’s business strategy, but it has also influenced the role that an HR professional plays.

Like it or not, as greater numbers of employees and customers tweet, post, share, snap and pin, HR is becoming more and more entwined with managing an organization’s brand. We don’t need to look too far to find several recent examples of the ‘do’s and Darwins’ of social media, and why there is a need for HR to be more involved in developing a social media strategy. For those unfamiliar with the infamous Darwin Awards, they are a “tongue-in-cheek” celebration of poor decision-making and its consequences.

Adding Pop to Online Presence
You might not be able to name any songs Nicki Minaj has recorded, but you may know that she is passionate about the student loan crisis facing college and university students in North America. In early May 2017, Minaj drew attention to the student loan crisis (and herself), by offering to pay back student loans for over 30 fans on Twitter. The result was not only 30 debt-free and very happy students, but also Minaj trending on Twitter, Facebook, and other forms of more dated media, such as talk radio and newsprint. It was an immense amount of positive attention in a short time…and it was brilliant.

Organizations have also tapped into this strategy by aligning their corporate values with social causes; it is not uncommon for local companies to tweet their efforts to clean up local beaches, or raise funds for philanthropic purposes. The results of these endeavours may not have the same reach as Minaj’s, but they do contribute to a company’s brand in a positive way.

The Cost of Bad Manners
However, it is also possible to do just as much damage to your brand in a very short amount of time. Two words: United Airlines. Some experts suggest that the forceful removal of Dr. David Dao from Flight 3411 cost the airline over a billion dollars in just 24 hours; the day after the event, United stocks plummeted six per cent, equating to approximately $1.4 billion of market cap. Adding insult to injury, the manner by which the incident was handled by United’s CEO only served to further infuriate Internet users, with over 10 million negative views on YouTube being registered in a short amount of time.

Despite our comfort with social media, there is still something impersonal about using the medium to deliver sensitive news, especially when it pertains to one’s employment status. Overlooking this unwritten rule, an international retailer recently informed its store associates by Instagram that their services were no longer needed. Not surprisingly, the message was received by the impacted staff—and the Internet—as being insensitive, and resulted in a call to boycott the remaining online stores. Even for avid users of social media, using this medium to fire someone is not appropriate and can have a detrimental impact on the organization’s image and bottom line.

Four “Do’s” to Consider
Here are four things for you to consider as you find yourself more and more involved in establishing social media policies and practices:

Linking HR to Big Picture
In the last 10 years, the number of LinkedIn users has grown from 4.8 to over 500 million; other social media sites have noted similar, if not accelerated growth. With this prevalence comes the ability to widely circulate news instantaneously, which can have a tremendous impact on your organization’s brand.

As an HR leader, you can no longer afford to let marketing and communications independently manage your company’s social media strategy, as there are simply too many implications for your organization’s most valued resource—its people. 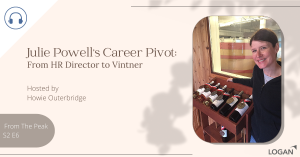 So…you’ve always wanted to quit your day job and buy a vineyard? In this episode, Julie Powell talk about her journey, and shares reflections from

More than just swinging a pulaski

From The Peak host Howie Outerbridge interviews John Davies, Wildfire Management Specialist. John shares his views on the transferable skills gained from working as a 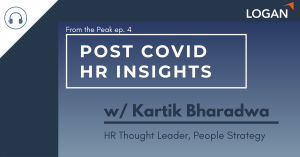 Join Howie and Kartik for an exploration of the collision of HR strategy/practice and COVID-19.